On March 20, 2015 on the basis of the VSU TEMPUS Center for European and International Law there has been conducted a fair for VSU students – «Modern Issues of the EU law». The first speaker was Professor Pavel Biriukov. His speech was devoted to some actual issues of legal regulation of economic relations and the functioning of the EU internal market. Lecturer of the Department of International and European Law Ilya Zhdanov described the questions of interaction of the European Union with its Member States. Associate Professor Dmitriy Galushko made a report on relationships between the European Union and partner countries and the Russian Federation. He focused his presentation on the TEMPUS project “International and European Law in Eastern Europe». Dmitriy Galushko told the audience about the project, progress of its implementation, the future master’s program “International and European law” and the mechanism of scholarships to study abroad for future master graduates of the program. 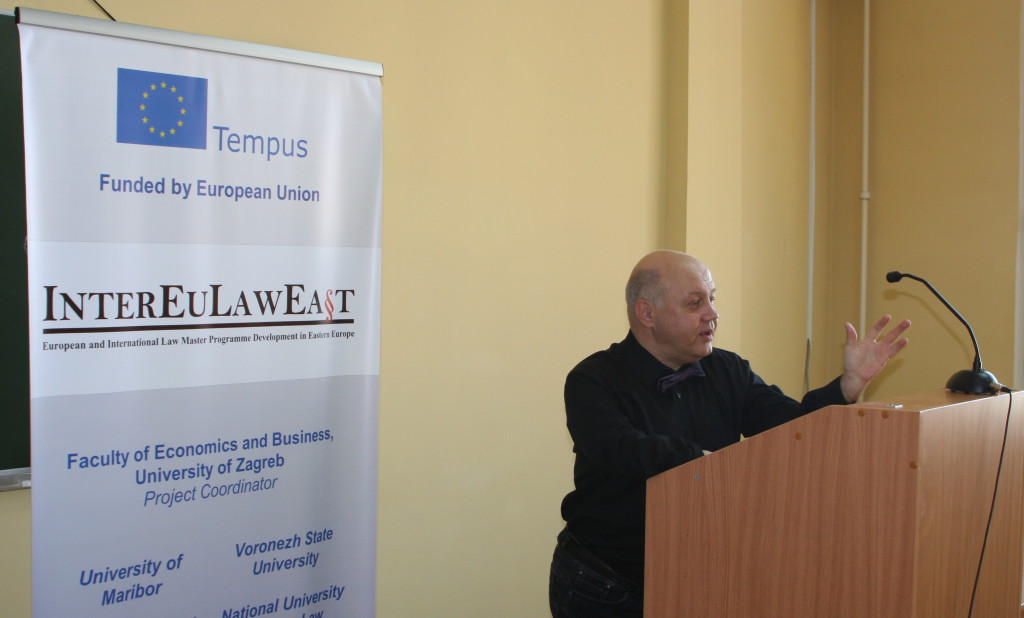 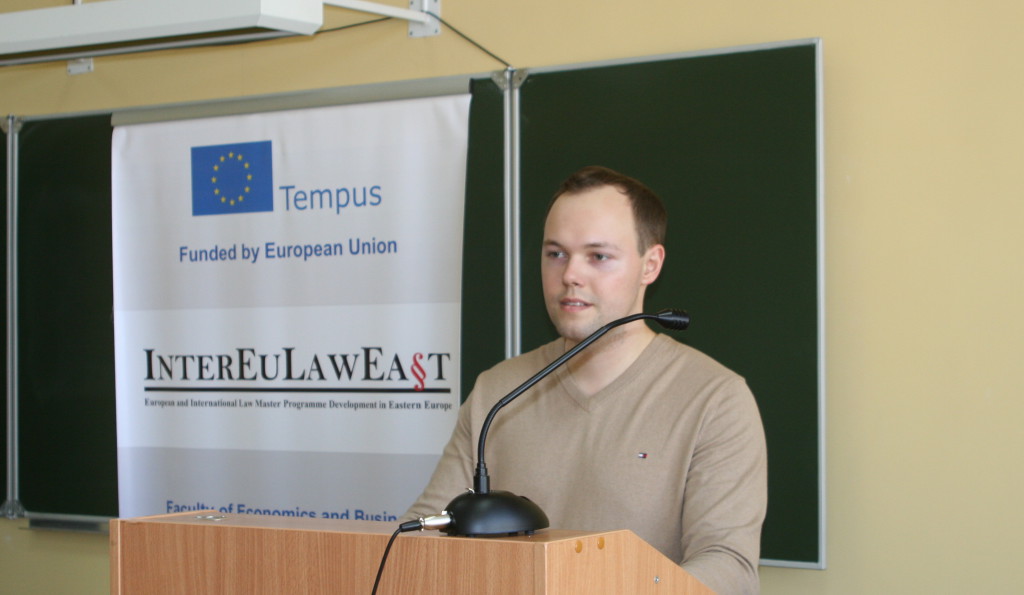 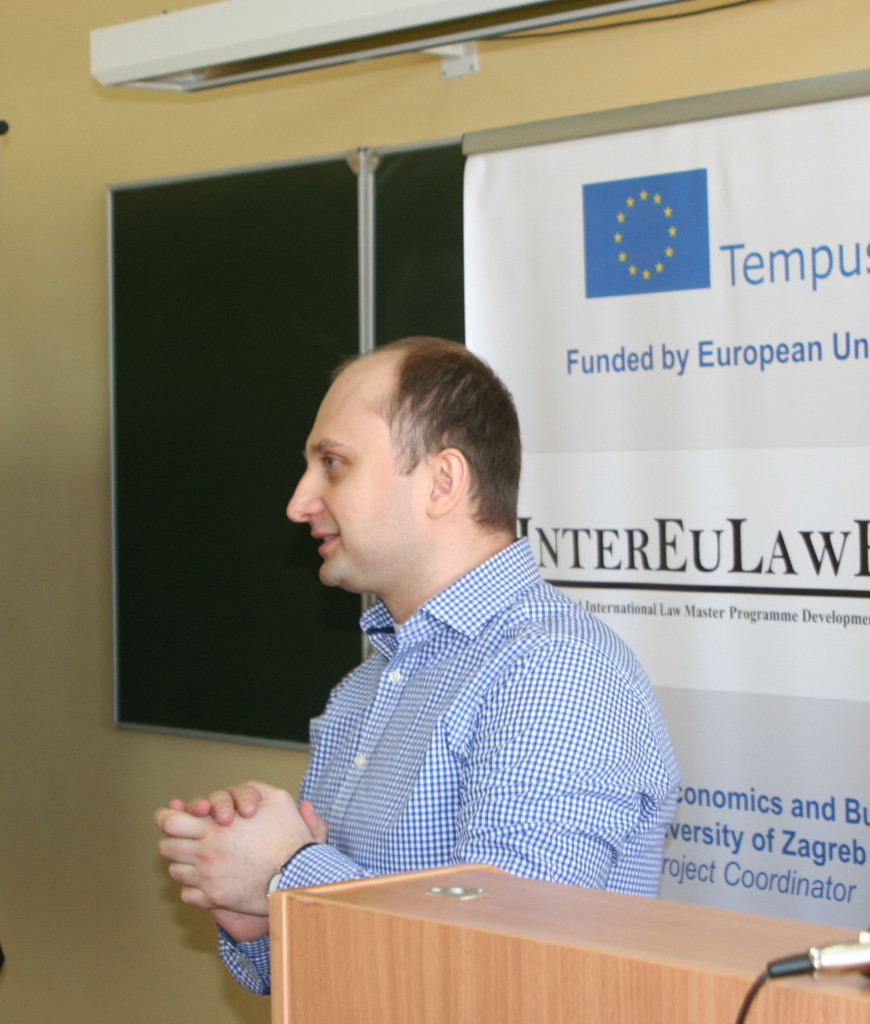 The next speech was given by Danil Kustov, deputy head of «The Investment promotion agency of the Voronezh region” of the Department of Economic Development of the Voronezh region. He stressed on importance of teaching students to international and European law, welcomed development of the master’s program “International and European law», he also raised issues related to future employment of the graduate master students of the program. 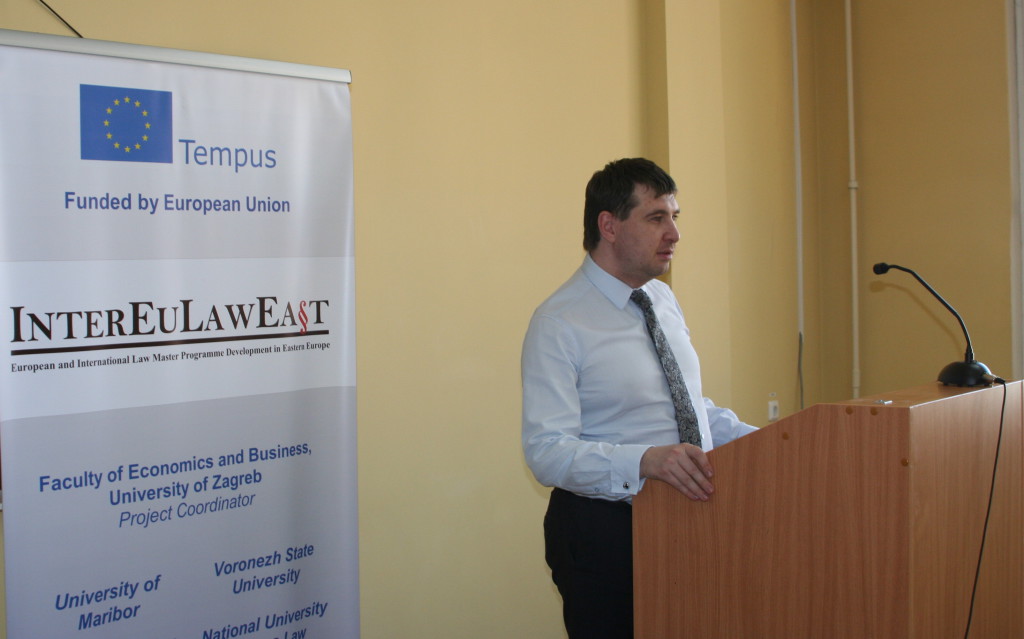 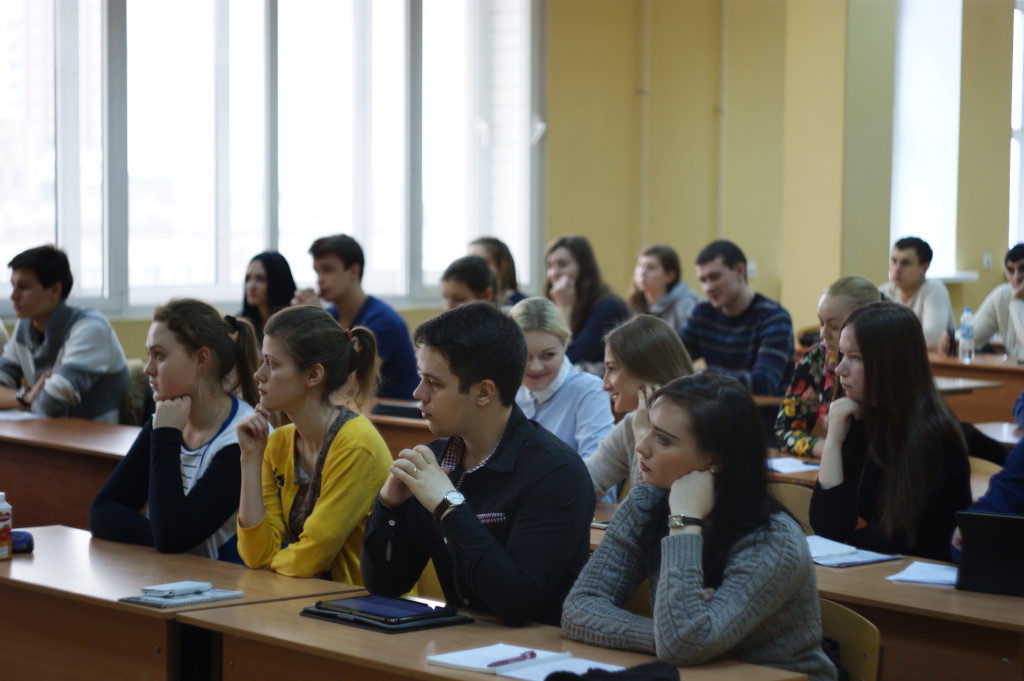 The next speech of Dmitry Bondarenko, leading specialist of the VSU office on international student programs, was devoted to opportunities for the VSU students to study abroad and to participate in volunteer programs, in the EU mobility programs. 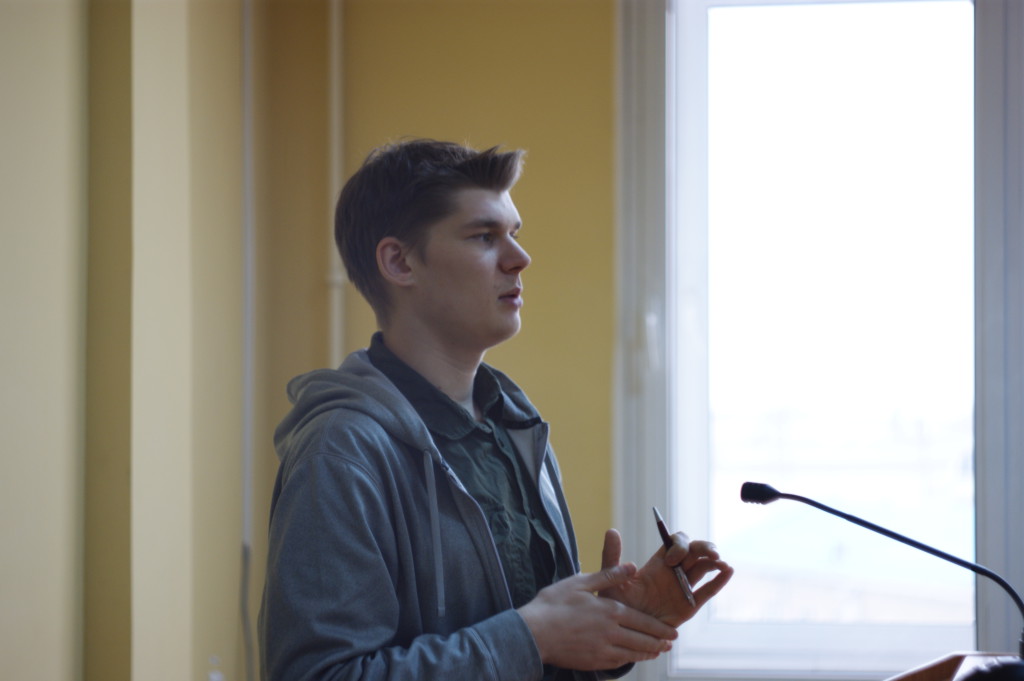 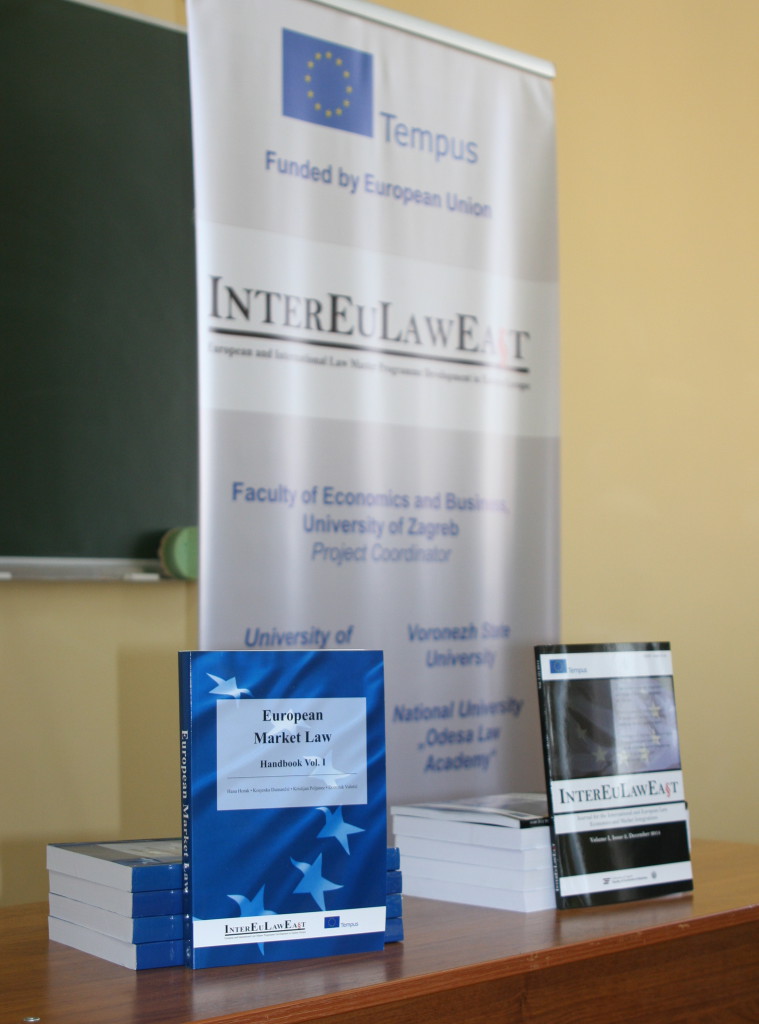 During the event, to attention of the students were also presented materials, developed and published within the InterEULawEast TEMPUS project – the «InterEULawEast Journal for the International and European Law, Economics and Market Integrations» and the textbook «European Market Law Handbook vol. 1 “. 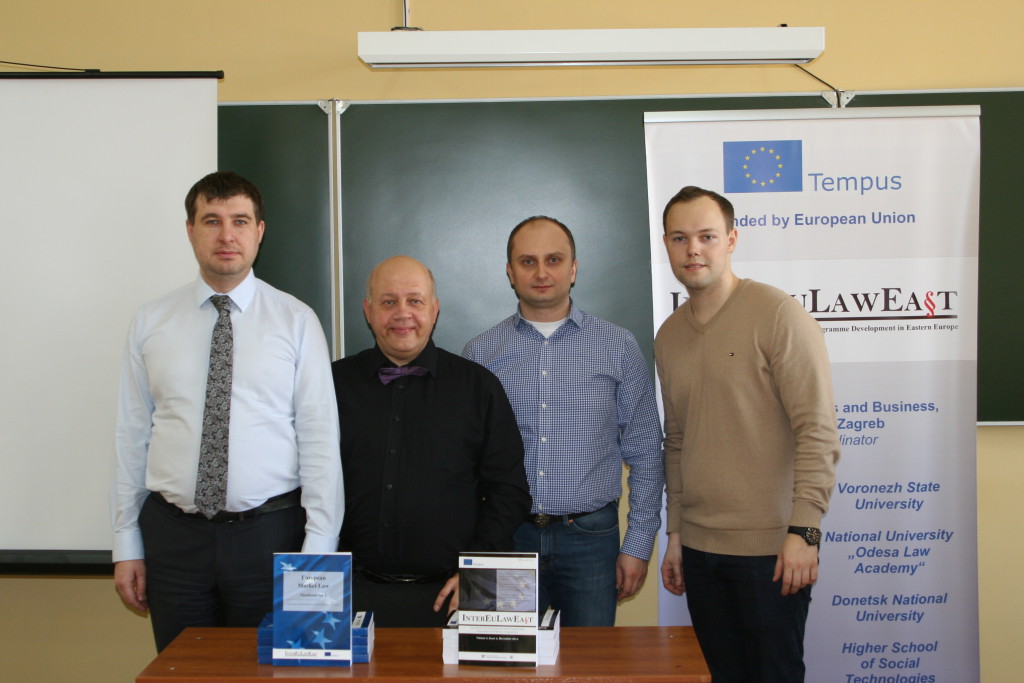